Ela Thakore, a researcher with a degree in applied chemistry with a minor in biochemistry, spent 30 years at the University of Calgary before a back injury forced her to retire. She now lives near the Twin Valley Reservoir. Numerous examples of watercolour paintings, plus a couple of her drawings, are on display in the foyer of the Vulcan County administration building this month. To learn about painting, she took books out of the University of Calgary’s library. As an employee, she was able to take them out for months at a time. She also took some painting classes, including one in Calgary’s Parkdale called “Nifty Fifties,” for people who are at least 50 years old. Thakore began painting in 1996 to help with her depression, finding it to be therapeutic. “It just takes my mind off everything, because you get so absorbed in it,” she said. The Vulcan County resident has a diverse background. Born in Nairobi, Kenya, to parents from India, she was educated in Liverpool. Thakore paints landscapes, including some of African and Indian scenes. Her favourite painting is one of birds flying. Thakore also made the frame for the painting. “It reminds me of the flamingos on Lake Nakuru,” in Kenya, she said. The whole lake is covered in flamingos, she said. Thakore also likes the painting she did of an Indian man wearing a headpiece. “I think it reminds me of my heritage,” she said. Thakore became aware of the County’s artist of the month after her husband, John Usborne, saw in the Vulcan Advocate that the County was looking for local artists and thought Thakore’s paintings were worth showing off publicly. She has lived in the county for a couple of years. “What I’ve been doing since I got here (to the County) is taking pictures,” she said. “I take pictures, and I think I want to paint them.” Thakore also does website design, mainly on a volunteer basis. 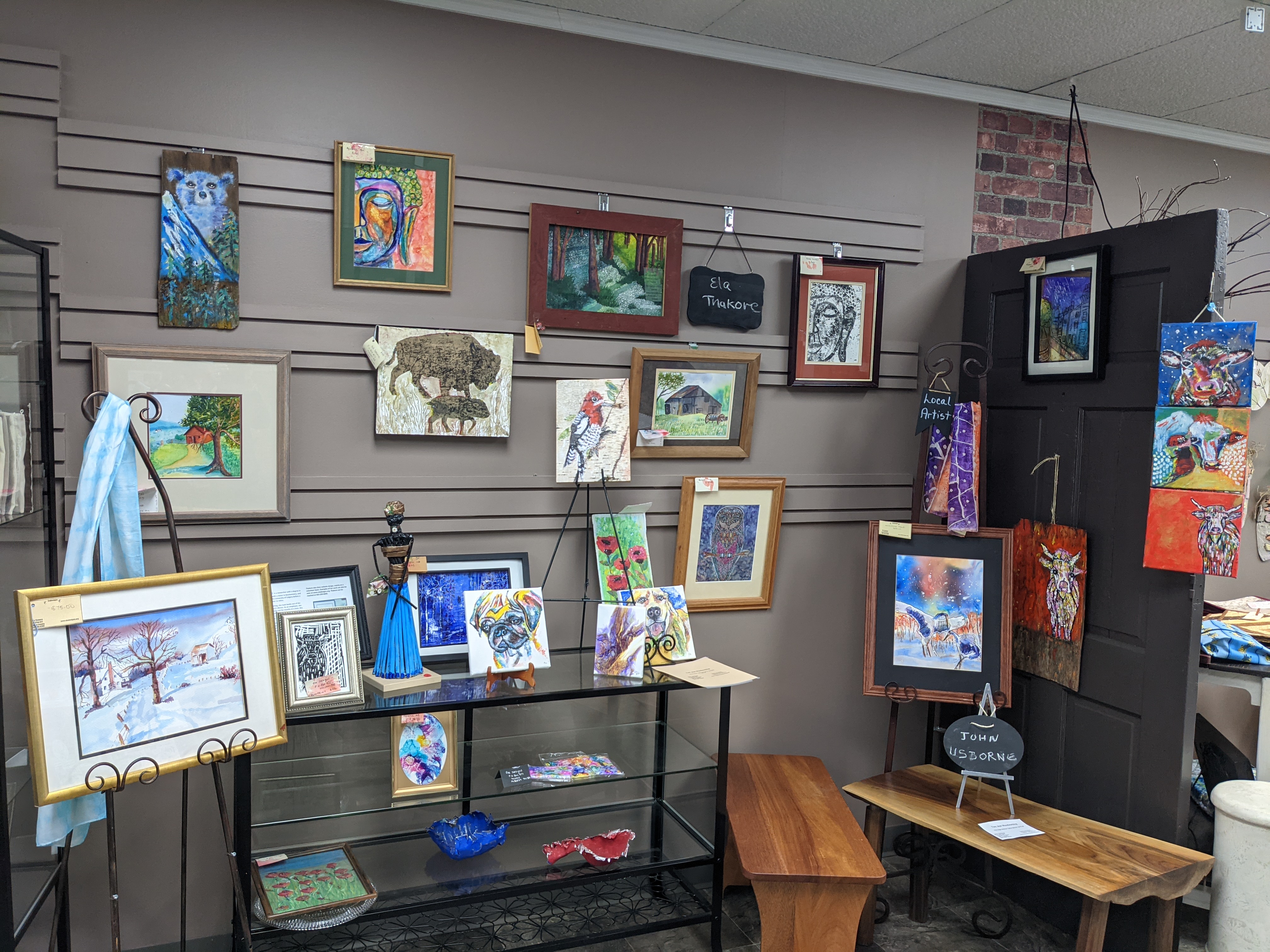